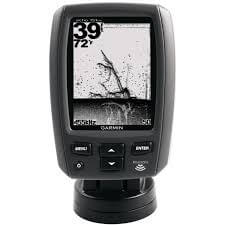 There are several factors to consider before making the conclusion that whatever you are buying is the best fish finder for the money.

If you are new in this field of buying fish finders, you might be overwhelmed by the many fish finders available in the market as they come in different sizes, shapes and different specifications.

Click here for the Best Fish Finder For The Money available in 2021!

Some manufacturers go to the extend of using enticing words to pull you to buy their fish finders yet they cannot even help you to locate anything while you are out there fishing. It is good to understand some of the features of the fish finders and know how they work before choosing yourself the best fish finders for the money. 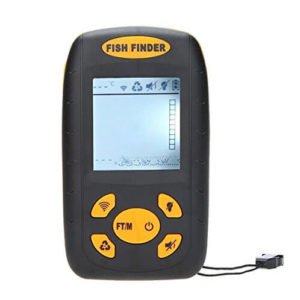 This is what measures distance with sound waves on the fish finder. There is the transducer which is fitted just below the boat and it is used to convert energy.

The fish finder is the brain. The brain tells the transducer to emit several sound waves frequencies and pulses through the water and when it hits something, an echo is transmitted back to the transducer which automatically transmits back the information to the sonar and it is displayed on the screen of the fish finder to show what is beneath the boat. The sonar and transducer are the main elements on a fish finder.

Technologies used on Best Fish Finders For The Money

2D dual beam or the traditional sonar is an old technology, which has been around for quite some time.  It sends out low frequencies in a round cone shaped wave. Any time you go down, it emits a foot of circles; down 10 ft and you got 10 ft circle. It can go up to 5000 ft. It is good at identifying fish as they are displayed as arches. This is the minimum you should get for your money.

3D Down Imaging, sometimes known as down scan imaging  (DSI) is an improvement on the 2D. it is designed for finding structure, but with a trained eye, you can also get fish. It operates on a very high frequency, thus lacking in the power of a 2D low frequency power finders. With the 3D, you will be able to see clearly things like trees, rocks and other big structures under the boat, thus enabling you to identify the best spots where fish like to hang out. A beam shaped in the form of a swath is sent out and the maximum depths are at 220 ft so anything deeper than that, you have to go back to the 2D. You can only spot bigger fish or a swarm of fish with this type of technology otherwise, small fish will appear like a small dot on the screen thus hard to differentiate between a fish and screen clutter.

CHIRP is the synonym for compressed, high intensity radar pulse. It is a technology which has been around for quite a long time and it is brought to the market by two big manufacturers of fish finders: Garmin and Simrad. It works by replacing a frequency like a single or double, from a low or high spread out frequencies at the same time. This combines the benefit of the low 2D frequencies and high 3D frequencies and makes the fish finder with this technology one of the best fish finder for the money. CHIRP units have a strength of going up to 10,000 feet deep and thus making them more expensive but worth every penny you spent on them.

Humminbird 360 imaging is one of the latest technologies embodied in modern fish finders. With it, you will be able to enjoy super sonar technology and it is only exclusive to the Humminbird brands. It has a football field shape that is round, it is 300 feet in width and it is placed in the middle of the boat. This makes it possible for you to find fish in front and go for it instead of making a waypoint and u-turning to go back for it thus saving on time and making it to be a perfect technology on some of the best fish finders for the money. Fish finders with this technology are worth all the money you spent on them. 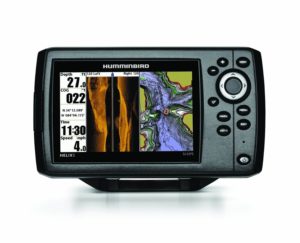 This is a technology by the Humminbird manufacturers and can be used on any fish finder from any other manufacturing company.

It uses a lot of power and can only operate on high frequencies. Its maximum depth is at 150 feet with a 150 foot reach on each side. It is comparable to putting a whole football size on your screen.

When it is placed on the boat, fish looks like grains of rice. Fish finders with technologies are limited in features and are cheaper than the ones with the CHIRP, 3D, 2D and Humminbird 360 imaging technologies. The cost is worth what they offer thus making them to be the best fish finders for money at their cost.

What is The Best Fish Finders Options For The Money

Most fish are found in 5% of water thus making it an important aspect to have the best fish finder for the  money so that you can be one of the best anglers in your circle. Just make sure you are careful on what you choose as a quality fish finder. Let it have the above technologies and great features to enable you enjoy your time at the sea, ocean, inland or river.

If you just want to view fish and do the fishing, some manufacturers have come up with a fish ID which will enable you to automatically see small tiny fishes on your screen once you throw the fish finder in the waters. But for professionals, it is not a good idea because, what you might see on a fish ID might not automatically be a fish; it might turn out to be a twig, stick, grass, debris or just dirty water. So it is advisable to turn off the fish ID.