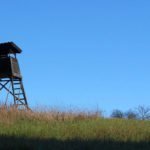 Deer season can only be considered great if two things are covered. The first, if you enjoyed the season, and the second if you actually got a deer. Just because you trek out into the woods with your weapon of choice, and decked out in your ghillie suit, doesn’t mean you will ever see a deer. If you don’t see a deer, it will be extremely difficult to kill one.

Deer, like other animals that live in the woods; follow a similar path year to year. This is because they are in search of three things. Food, water, and a nice place to sleep. Just like the path alongside the road in the city, where pedestrians walk frequently; there will be a worn out path located in the woods. In the woods, these paths are commonly known as game trails. Setting up a tree stand in a location, alongside this path is one of the very best locations to go for multiple reasons. A deer stand set up alongside a game trail is almost certain to have deer traffic. In the morning the animals will be coming from their sleeping area and moving toward food and water, in the evening they will return. This site will provide a flexible option for hunting that will fit in with your schedule.

Game trails that are easily accessible without causing too much disturbance are the best. If you are trekking through the woods and making a ton of noise, you will alert the deer of your presence, and they will run away. Who is going to knowingly walk into their death? Would you take a chance and stick around if you thought there may be someone coming after you? Probably not. If a game trail is not easy to get to, another option would be near a food plot. 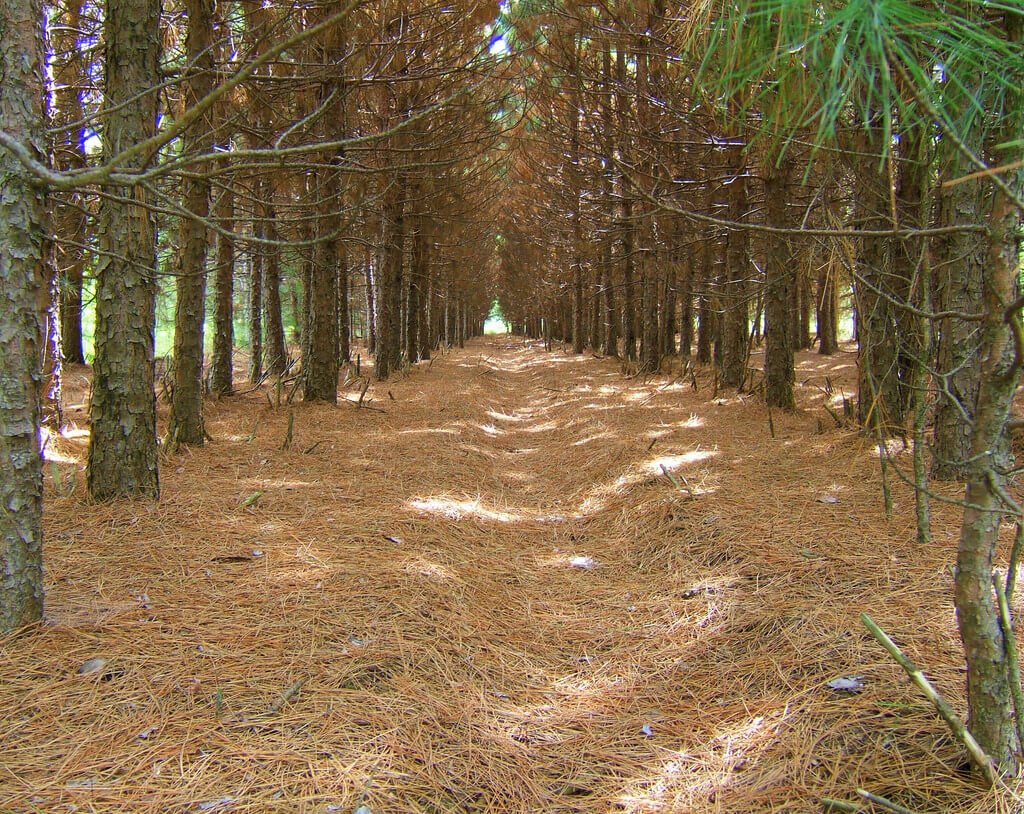 Creeks and rivers are a great location for deer stands and hunting blinds. They may even have a game trail running along side them. If you are lucky enough to find a water source for the deer and the path that they take to get there, you have the ultimate location for you to hide.

Food plots, whether natural or manually grown are sure to attract deer at meal time. In some places, it is illegal to hunt an animal on a food plot that was placed for the purpose of attracting said animal. Check with your local game warden to be sure you are not breaking the law before you plant a food plot with the intentions of hunting on it. Planting one may not be a bad idea if you don’t have known deer traffic in the area. Just don’t hunt there if it isn’t legal to do so. Otherwise, you can find an already existing one. This may even be next to a farmer’s wheat field, or a natural place where clover and alfalfa grow.

Once you think you have the perfect spot picked for placing your stand, you need be sure there actually are deer in the area. Two ways to know if there is deer traffic in the area are to find what is known as a scrape and a run. Typically you will find a few of these spread out around the game trail.

Male deer mark their territory similar to a dog. The only difference is they will scrape the ground with their hoof. These areas will have leaves, twigs, and some dirt completely scraped away. Usually, these scrapes are about a foot or two in diameter. The scent from them relieving themselves draws the attention of the doe. The older, more mature bucks will usually go off alone and therefore those scrapes will be smaller. Although younger bucks will either use an older scrape from a larger buck or share one with several other younger bucks. These will generally be much larger in size.

In the spring the deer will want to rub the velvet-like covering off of their antlers. They will do this by rubbing their antlers on the trunk of a tree. Usually, these trees will be smaller in size, and will have a noticeable amount of bark removed. These trees may be located along side a game trail or somewhere off to the side. In most cases, the deer will not finish removing the velvet using only one tree. There may be several along a path. Rubs can also be a great way to tell the size of the buck. The larger the tree, the larger the buck. If you happen upon a cluster of trees with rubs on them, you can bet there is a very large buck nearby. 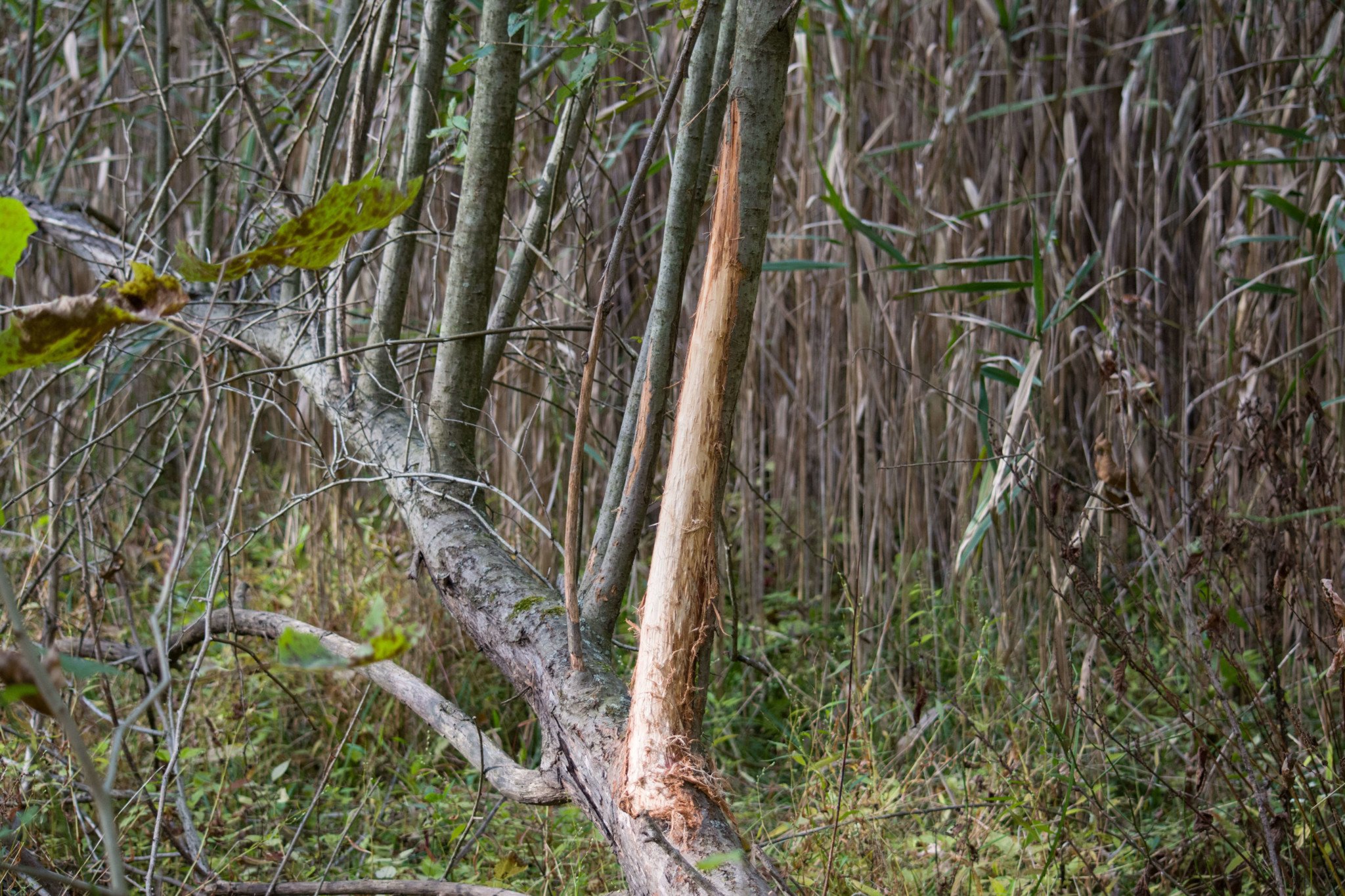 Before placing the deer stand, you need to consider mother nature. Imagine spotting the perfect buck. It is right there within your shot range. The wind blows, and the sun peeks out from behind the tree in front of you, just as you have lined up your scope to take the shot. Now, you are blinded and you missed. Not only have you lost the best buck of the season, but your day is now over. You have just alerted all other deer that there is a hunter right here! Keep the sun in your mind when you place the direction of your deer stand. This will happen, just when you think it won’t.

The wind can be another hindrance when placing a deer stand. If you place a deer stand upwind from the gathering area of the deer you can bet they will know where you are, and not even pass by. Keeping a small squirt bottle filled with flour in your hunting bag of tricks is a great tool that you will use frequently. Squirt a small amount up in the air just before entering the woods. Follow the direction that the flour blows. If you haven’t already thought about it, think about placing multiple stands. The wind doesn’t always blow in the same direction.

Other things that you should consider before placing a deer stand, would be permissions and theft. You wouldn’t want to be trespassing on private property, this could land you in jail with a hefty fine. Theft in public locations can also be an issue when placing stands. Mobile stands are a great option for hunters that do not own their own hunting land. They are made light and are easily installed by one person.